From porter to businessman: Iranian diaspora tells about 50 years of Dubai Spice Market-News 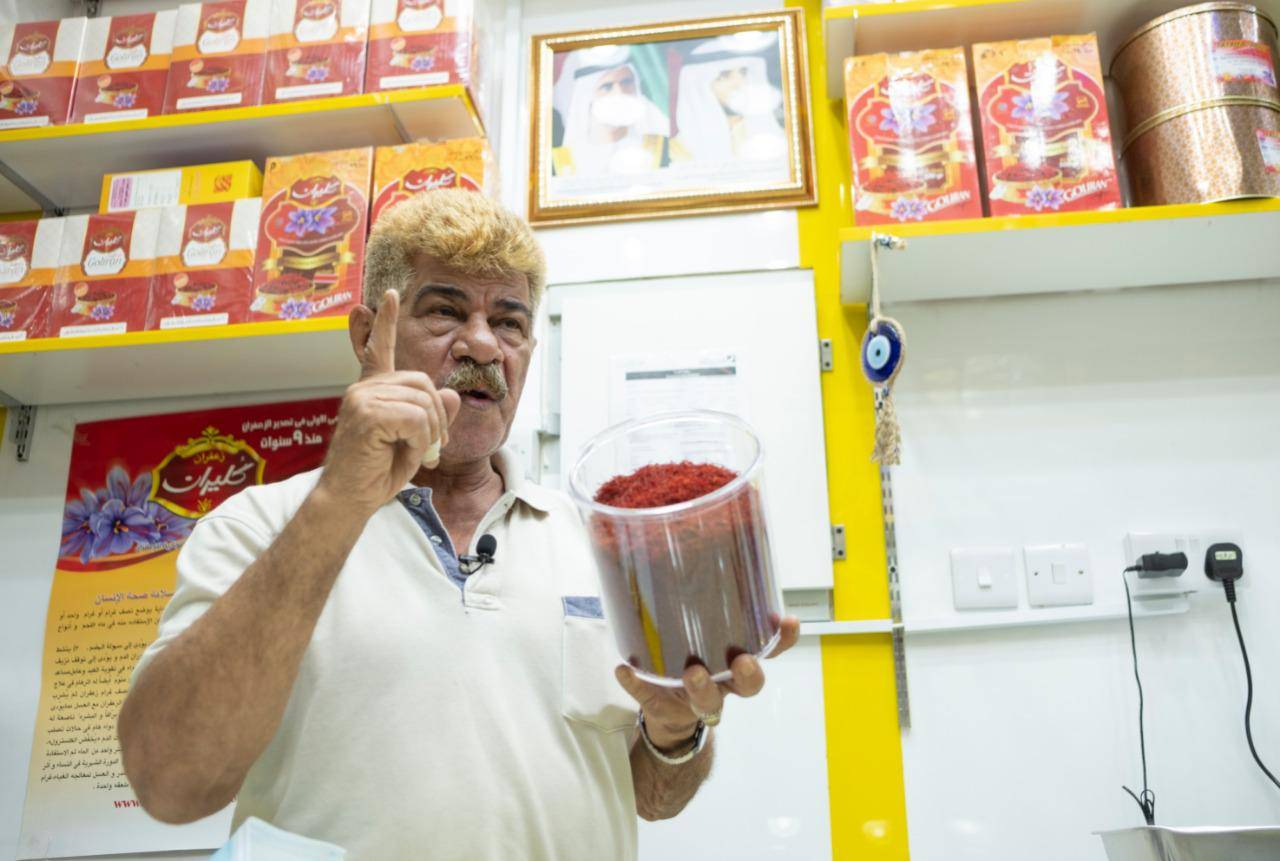 Abdullah Asad came to Dubai in 1967 when there were almost six shops selling spices and herbs in the open-air market.

Abdullah Asad is a famous merchant in the popular spice market in Deira Souk. He is affectionately called Abdu or Gyahi mard (meaning herbalist in Persian).

He came to Dubai in 1967 and got involved in the fragrance industry rooted in tradition and culture. The spice trade in Dubai can be traced back to the mid-18th century.

Merchants from several countries brought their spices and sold them in Deira-Dubai’s oldest suburb and the riverside center where the first trade settlement began.

“When I came to Dubai, I could hardly find six shops selling spices, but now it is difficult to count them,” he recalled.

“There were only a few traders at the time, and the list has been increasing ever since. I remember that there were only six stores selling herbs and spices, and there are now more than 230 kinds of spices in the spice market. I don’t know how many (exact) spice traders in Dubai now,” He says.

In those days, Abdullah, who was 16 at the time, did not expect that he would shine in the spice trade. “I am carrying spices,” he said with a smile.

Abdullah recalled his early days as a porter and recalled: “It has nothing to do with only importing spices. The main buyers are locals. I earn 2 dirhams a day.”

Today, Dubai’s spice market is filled with a variety of high-quality spices, herbs and teas, giving visitors a glimpse of Arab traditions.

The developing spice business attracted several buyers and sellers, which led to the expansion of the open-air market (market) at that time. After the UAE became an independent country, spice shops began to flourish.

“Due to the low tariffs, many spice traders from Iran, India and Afghanistan subsequently used Dubai as their home,” he explained.

Abdullah still lives in nostalgia. He is one of the few businessmen who ride a bicycle to his company and greet everyone with a smile.

“I have seen many merchants selling spices on the side of the road riding their bicycles to bring it (cargo) here,” Abdullah recalled.

“Dubai’s spice trade has soared after independence. This is all thanks to the government,” he said.

Many countries, including Iran, India, Afghanistan, Pakistan, Malaysia, Indonesia and African countries, have started spice trade here. The open-air market that once served the residents of the country has now become a hub for the global spice trade, serving markets around the world.

Abdullah said that His Highness Sheikh Mohammed bin Rashid Al Maktoum, Vice President and Prime Minister of the UAE and Ruler of Dubai, made Dubai a major tourist center, thus driving the substantial growth of the spice business. “Visitors in Dubai buy spices from us and sell them in their country. Considering the quality of spices provided in the souks, they have now established a business in their country,” he said.

Once the flight to Dubai returns to normal, Abdullah is optimistic about business recovery. The pandemic has adversely affected the spice trade.

“Dubai is a happy city. Due to the Covid situation, business may be a bit low now. But once we win the war against the coronavirus, it will definitely pick up,” he added.

With its typical ancient Arab buildings, narrow alleys and box-sized shops, filled with colorful and aromatic sacks, jars and bags of spices, the spice market has become one of the must-visit places in Dubai. The smell, scenery and sound are fascinating and provide a unique experience in this ultra-modern metropolis.