India: 11 dead in Mumbai collapse due to heavy rain-News 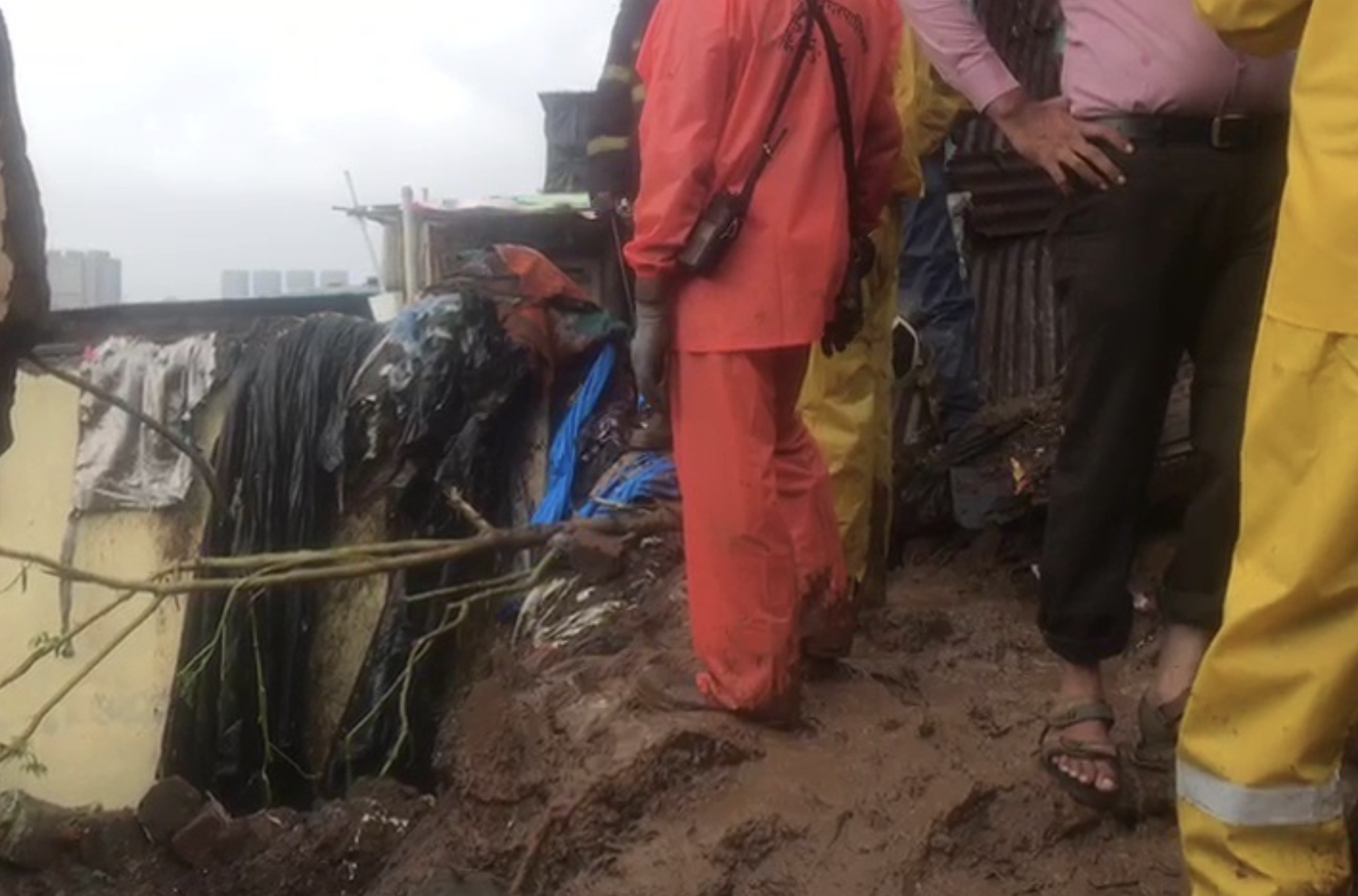 Three people were killed in the collapse of the building, and rescue operations are underway to find survivors.

On Sunday, the walls of some shanty towns in Bharat Nagar in Mumbai’s Chembur collapsed due to landslides caused by heavy rains, killing as many as 11 people.

According to the Mumbai Fire Brigade, which also arrived at the scene of the incident, 16 people were rescued from the wreckage of the collapsed Chembur wall.

NDRF said that rescue operations for the trapped people are underway.

At the same time, according to BMC, a residential building in the Vikhroli area collapsed in the early hours of Sunday morning, killing 3 people

After continuous rains in Mumbai, Maharashtra, waterlogging occurred in various areas of the city on Sunday.

The Sion Railway in Mumbai also accumulated water due to continuous heavy rainfall.

After the heavy rain, the roads in the Gandhi market area were flooded, and the daily travel of commuters was also affected.

On Saturday, the Indian Meteorological Department (IMD) issued an orange warning to Mumbai and predicted rain in the city in the next 24 hours.

In order to solve the waterlogging problem, the National Disaster Response Force (NDRF) has rushed three teams to Mumbai on Saturday. Yesterday, city buses along certain routes in low-lying areas were also diverted.

According to the Buriham Mumbai Municipal Corporation (BMC), Lake Tulsi, one of the two lakes supplying water to the BMC area, began to flood due to rainfall. The lake supplies Mumbai with an average of 18 million litres of water per day.

According to the company’s water conservancy engineering department, due to rain in the lake catchment area for days, the lake began to flood.