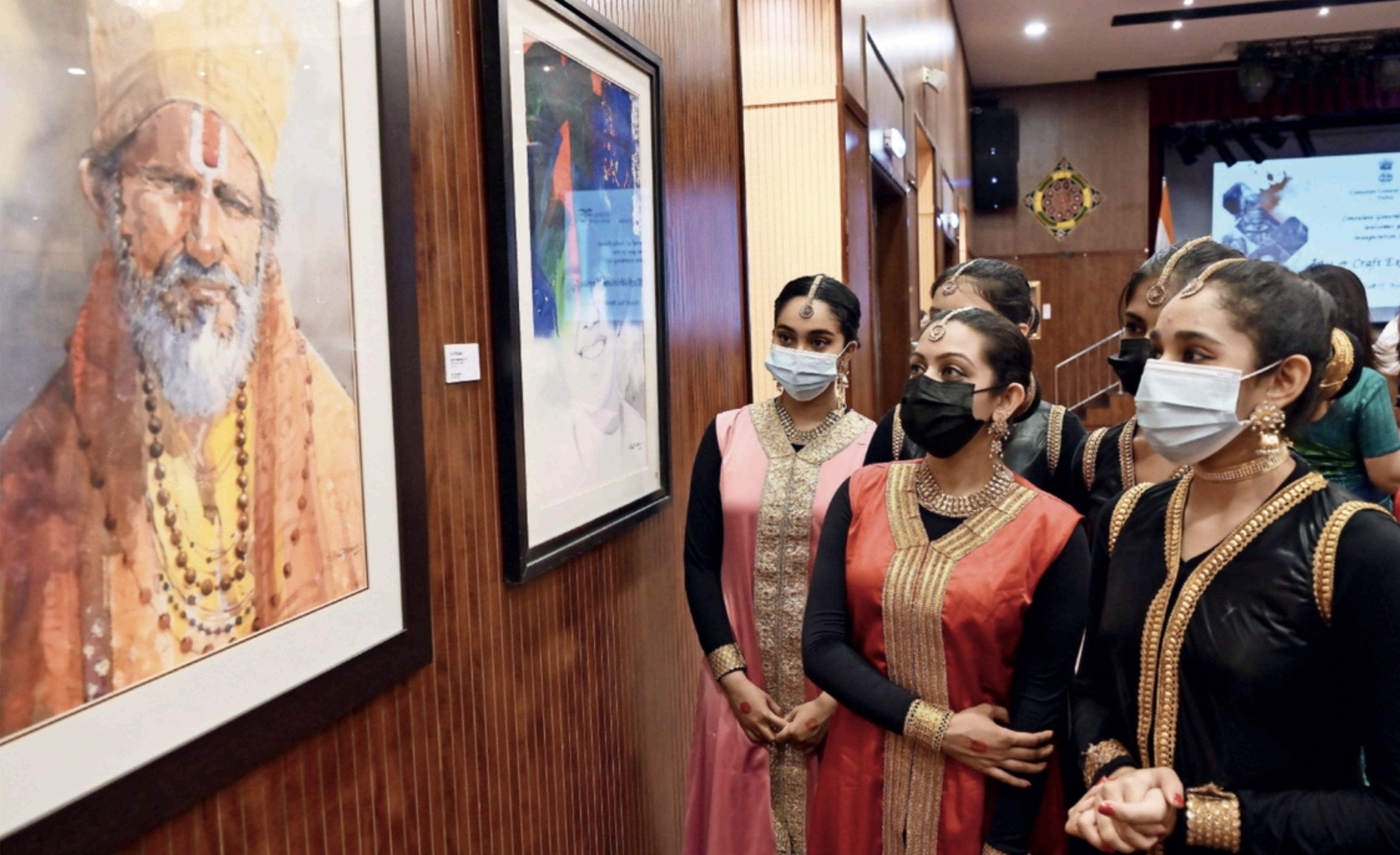 Indian artists in the UAE present works of art inspired by Indian culture, heritage and traditions

Indian artists from the UAE will present the unique story of the Indian Freedom Movement at the Arts and Crafts Exhibition in Dubai to celebrate the 75th anniversary of India’s progress.

The exhibition is titled “Azadi ka Amrit Mahotsav” and the theme is India@75, which opened at the Consulate General of India in Dubai on Thursday.

The India@75 program will run globally in the next two years to celebrate the people, history, culture and achievements of Indians in India and around the world. It will focus on five pillars: Freedom Struggle, Ideas@75, Achievements@75, Actions@75 and Resolves@75.

The Consul General of India in Dubai, Dr. Aman Puri, invited Indians to participate in the India Pavilion at Expo 2020. “As you know, on August 15, 2022, we will complete the 75th anniversary of our independence and the day before the celebration 75 weeks. Our CGI is proud to serve Dubai’s largest 2.7 million Indian community.”

Khalil Abdul-Wahid, the guest of honor at the event and the Art Director of the Dubai Culture and Arts Bureau, said: “It is an honor to see how CGI has become a center of diplomacy and culture. I am very happy to meet the artists. It’s a pleasing experience, and the interaction with the artist is also a learning process for me. We are lucky, we live in the UAE, which is a multicultural place.”

Participating artists include Atul Panase, Swapnil Jawale, Anjani P Laitu, Akshay Arora, Shrutika Gosavi, Masarratfatima Sulaimani, Punam A Salecha, Vidisha Pandey and Soumya Shree. Interestingly, the four artists exhibiting their works hold the UAE Golden Visa. The idea for the exhibition was conceptualized two months ago, when artists were invited to send their works through a public call (653 submissions received), and selecting works based on how they celebrated India’s ideas and achievements in the following areas led to a self-reliance Of India.

Atul Panase, a senior Indian artist, illustrator and art curator of the exhibition who has been engaged in art in Dubai for 20 years, said: “The exhibition reflects nine forms of artistic expression. Not limited to traditional Warli paintings, abstract forms, pen and ink works, etc.”

Masarrat Fatima’s works represent ordinary people in India. She said: “My work is a tribute to the Indian people. I created it in a modern Sanjhi art form.”

You can view these artworks at the Consulate General of India in Dubai until September 8. Visit time (Monday and Wednesday) 2pm to 6pm.

Purva Grover is a journalist, poetess, playwright and stage director. She made her debut as a writer and published a collection of short stories “The Tree Tells Me”. She is the editor of Youth Times magazine, which empowers youth in the UAE. She organizes bi-weekly writing seminars, author interaction activities, public microphone meetings, etc. for the writing brotherhood in the UAE. Her stage work is recognized for her bold, honest and unique voice. She has a graduate degree in mass communication and literature. She was born and raised in colorful India, writes in English, and currently lives in Dubai, UAE.You can follow her on Instagram @purvagr and say hello to her on purvagrover.com