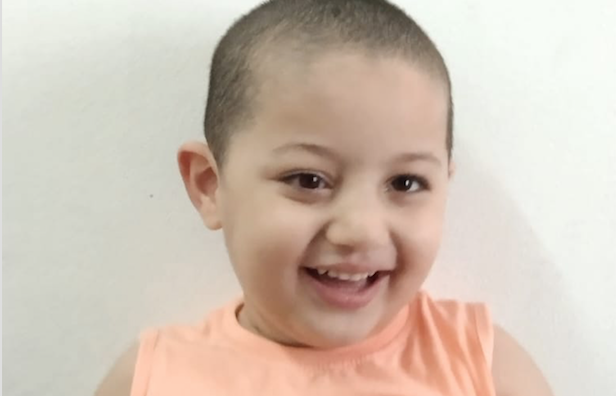 The boy was diagnosed with a rare cancer and his right eye had grown into a lump.

Youssef Mohammed was only one year old, and his right eye had to be removed because of a rare cancer called retinoblastoma. But with the help of the Al Jalila Foundation and a group of government employees, he now has a new fake eye.

Now that Yusuf’s cute facial features are back, the parents of the three-year-old Syrian boy are very happy.

“We are very grateful for all the support we received from the Al Jalila Foundation,” his mother said. “Today, Yusuf is a happy and confident little boy who likes to play with other children.”

A few years ago, Youssef was diagnosed with a rare cancer that has developed into a mass in the right eye. The next month, the doctor had to remove his eyes, and the toddler had to undergo chemotherapy for six months.

At the time, his parents were worried about how he would adapt to the other children in the school. “As a mother, I am afraid that he will be bullied by the child, and we dare not even go out,” his mother said. Khaleej Times.

The doctor told them that with age, prosthetic eyes could be implanted in his eye sockets to increase his confidence. However, the family could not afford expensive cosmetic surgery, so they contacted the Al Jalila Foundation.

The foundation then referred the case to its long-term partner, the Federal Administration of Human Resources (FAHR), who led a company-wide campaign to raise funds for Yusuf’s eyes.

Soon after, the three-year-old was able to undergo surgery and fitted him with a false eye, which looked exactly like his other eye.

CEO Dr. Abdulkareem Sultan Al Olama said: “With the support of our partners and donors, we can bring hope to young patients like Youssef and help reduce the financial burden on their families so that they can focus on Treatment planning and rehabilitation.” Al Jalila Foundation.

“Nothing makes us more happy than to experience overwhelming happiness from parents whose children’s lives have changed after successful treatment. These precious moments make our work at Al Jalila Foundation so meaningful.”

The operation was achieved through the Al Jalila Foundation’s A’awen program, which provides financial assistance to patients in the UAE. Since 2013, the A’awen Patient Treatment Program has invested 75 million dirhams to help 1,659 people from 57 ethnic groups in the UAE.