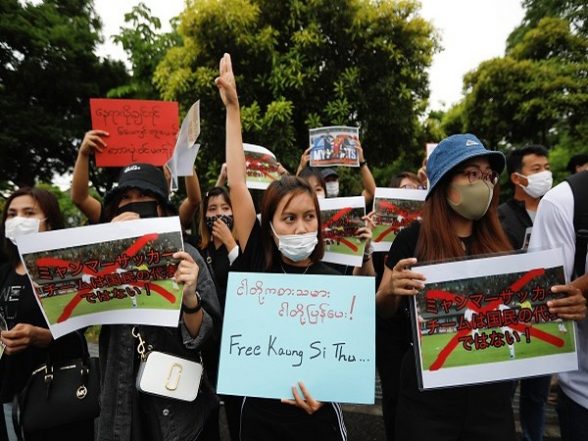 At least seven university students were sentenced to death by military courts on Nov. 30, the Office of the United Nations High Commissioner for Human Rights said in a statement.

Read also | Pakistani-British MP Sajid Javid is set to step down in the 2024 general election.

As many as four youth activists were reportedly sentenced to death yesterday. The UN Human Rights Office is seeking clarification on the sentences.

“The military’s continued proceedings in secret courts violate fundamental principles of a fair trial and core judicial guarantees of independence and impartiality,” said Turk, who called for a moratorium on all executions and the restoration of the moratorium on executions.

Military courts have consistently failed to maintain any level of transparency, contrary to the most basic due process or fair trial guarantees, according to the UN report.

In July, the military carried out four executions, the first in about 30 years. A former lawmaker, a democracy activist and two others were executed despite calls from the Association of Southeast Asian Nations (ASEAN) and the international community to stop.

Of the nearly 16,500 detainees arrested for opposing the military coup, nearly 1,700 were tried and convicted in secret by special courts, sometimes lasting only a few minutes. No one has been acquitted, and they often do not have access to lawyers or family members.

The latest convictions will bring the total number of people sentenced to death since February 1, 2021 to 139.

Turk said the military’s actions were inconsistent with the five-point ASEAN consensus that the Southeast Asian nation had just recommitted to uphold at the ASEAN summit in November.

“By using the death penalty as a political tool to crush the opposition, the military has confirmed its disdain for efforts by ASEAN and the entire international community to end the violence and create the conditions for a political dialogue to steer Myanmar away from a human rights crisis created by the military,” said the United Nations. added the human rights chief. (Arnie)