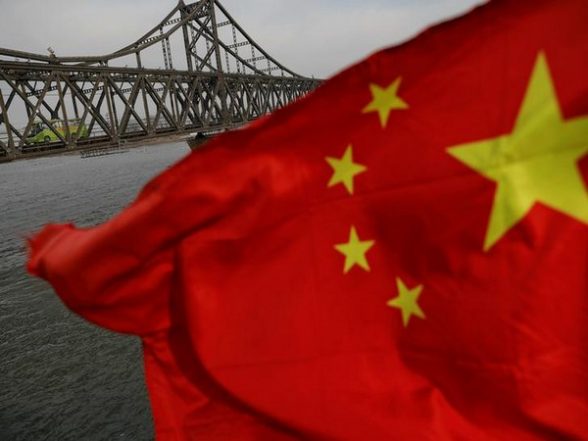 HONG KONG, Dec 3 (ANI): Western countries are trying to catch up with China in the race to secure key minerals after the former gained a first-mover advantage.

According to the International Energy Agency (IEA), key minerals such as copper, lithium, nickel, cobalt and rare earth elements are essential components of many of today’s rapidly developing energy technologies, including wind turbines, power grids and electric vehicles.

Read also | WHO has developed a plan to prevent online violence against children.

“China urges Canada to stop cracking down on Chinese companies. We call for a fair, just and non-discriminatory environment for Chinese companies to do business in Canada,” Chinese Foreign Ministry spokesman Zhao Lijian told a news conference.

Read also | Pakistani-British MP Sajid Javid is set to step down in the 2024 general election.

Zhao said that the current global mineral industry and supply chain are the result of market laws and corporate choices.

He said: “The Canadian side exaggerates the concept of national security and arbitrarily restricts the normal trade and investment cooperation between Chinese and Canadian companies.”

The decision comes as China continues to dominate the global rare earth elements sector and the West is pushing for self-reliance in rare metals and mineral sourcing.

According to the Hong Kong Post, China is expected to produce 74 percent of the world’s batteries by 2022, with Europe and the United States producing 16 percent and 7 percent, respectively.

However, China does not produce large amounts of minerals. Instead, it has invested heavily in overseas mines in places like Canada to get the raw materials it needs.

According to a report published by the Hong Kong Post, the sudden move reflects a negative attitude towards Chinese mining investment.

This was not the case before. For years, Western countries have ignored the national security implications of vital raw materials, the report added.

It follows Chinese company Tianqi Lithium’s acquisition of Australia’s Greenbush mine, which has some of the highest-quality lithium resources, in 2013 at a premium to its US rival.

The acquisition was facilitated by funding provided by the state-owned China Development Bank.

Such carelessness has led to China controlling the supply of the mineral needed for electric vehicle batteries, which is critical to the transition to clean energy and the fight against climate change, according to the Hong Kong Post.

The report argues that the West must stop transferring raw materials to China for processing because China lacks the capacity to refine these resources.

“Given the geopolitical competition between China and the West, reliance on Chinese resources is not only economically unattractive, but also jeopardizes the strategic independence of the West,” the Hong Kong Post said.

Driven by these concerns, Western countries, led by the United States, are rethinking their industrial policies. (Arnie)