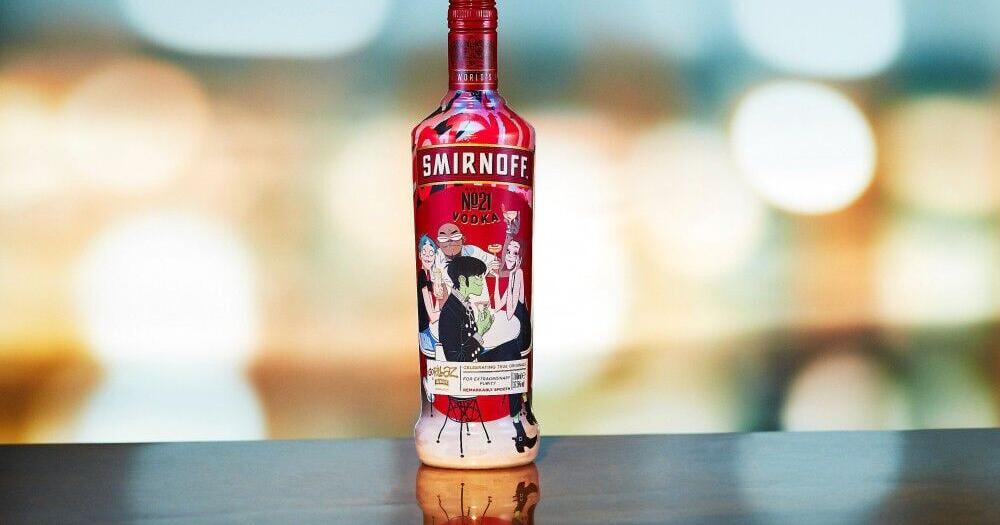 Gorillaz’s Mirdoc Niccals will be live streaming a Cocktail Making Masterclass on Thursday (11/24/22).

The virtual band revealed an update on their collaboration with Smirnoff – for which they created a limited-edition bottle and four drink recipes in October – and will give fans an ‘unprecedented’ experience at 6pm, The animated musician will interact live with Youtube viewers “in a way never before possible” while showing them his creation of Vodka Murdini.

He said: “Would you like to know the secret to my signature cocktail, the Vodka Murdini? Or maybe you just want to see me shake those cocktail things while spinning the inspirational yarn and solving all your problems?

“Then tune in for my live tuning masterclass with Smirnoff. Don’t like cocktails or banter? Sit back and check out my dazzling new tuxedo.”

The AQ and A sessions will follow the cocktail making session.

Mark Jarman, Head of Smirnoff GB, said: “When we combine our creativity with our partners, we create innovative and disruptive new experiences for audiences.

“Gorillaz is an entertainment creator and a true pioneer. This masterclass is a true testament to the endless possibilities that emerge from embracing the true power of originality.”

Vodka Murdini is one of four receipts the band released last month.

A description of the drink says: “Murdoc Niccals is affectionately known as Pickle by the Gorillaz fan community (due to his green skin), and we won’t forget that he sees himself as ideal for the next Bond, so it’s a no-brainer Take the classic of shaking instead of stirring and slap a pickle in it…hold the olives.”

Other cocktail recipes created as part of the collaboration include the Smirnoff Brooklyn, Vodka Eyeball and Sayonara Martini cocktails.

The limited-edition Smirnoff x Gorillaz 21-gauge vodka bottle sold out in less than 24 hours when it launched late last month.

Masterclass will be available for streaming https://www.youtube.com/watch?v=CeK455Bl8g4