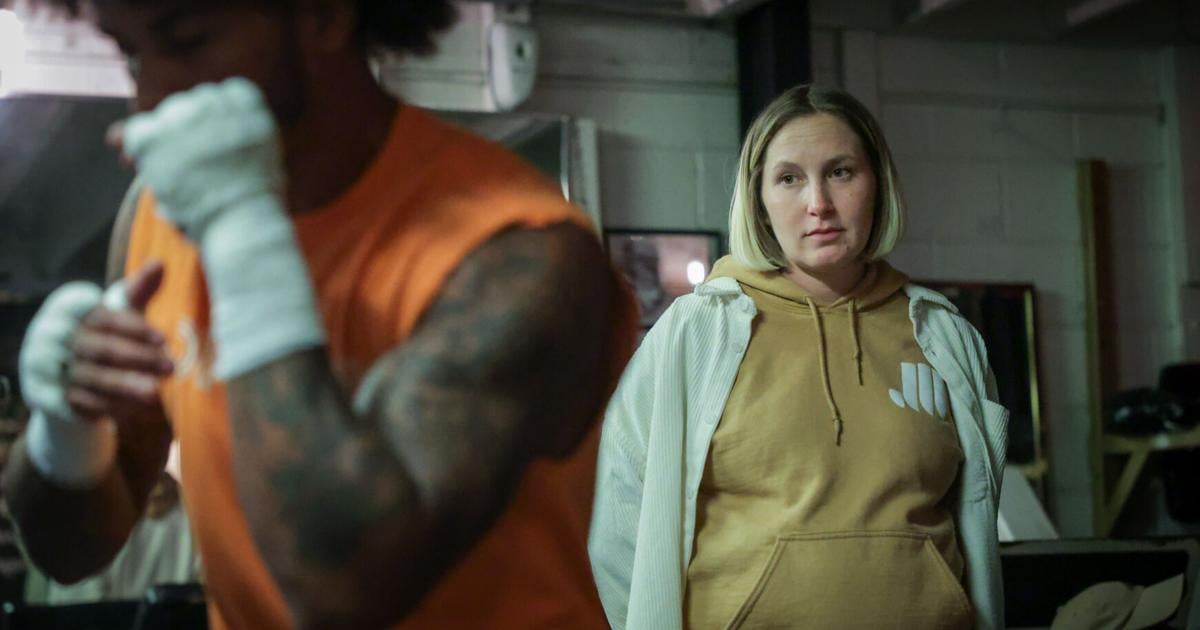 Suzy Poulter’s original reason for coming to the New Orleans Boxing Club to work out was to get back in shape. A few years ago, she was a high school runner.

But that day in 2015 changed her life and career.

The 33-year-old Californian, a former high school math and chemistry teacher, is now a personal trainer and CEO of Conti Street Gym, where NOBC is located.

In addition, she is the chairman of the management group that manages seven professional boxers.

That makes Poulter one of the few female managers and promoters in boxing. Her responsibilities range from arranging games and negotiating contracts to organizing travel and medical clearances for fighters.

Not bad for someone who hasn’t done anything along these lines beforehand.

For Poulter, who gave up full-time NOBC teaching in 2017, the workday now begins around 7 a.m., with workout sessions for some of the gym’s 400 clients ending around noon.

This is where the fights take place, before heading back to the gym at night to deal with the boxers, known in the industry as “mobile boxers,” most of whom have day jobs.

The only thing Poulter didn’t do was work with boxers. In fact, she doesn’t box either, and never did.

“There’s only one Susie,” says NOBC founder Chase Dixon. “I love what she brings to boxing.”

Poulter is proud of what she has achieved.

“When you’re a woman in boxing, it’s definitely harder to get people to take you seriously, at least at first,” she said. “But when you have to work harder to earn respect, you’re taken more seriously.”

From teacher to facilitator

After earning his degree at UC San Diego, Poulter arrived in New Orleans as part of the nonprofit faculty group Teach for America.

While her workouts at NOBC were mostly physical, the atmosphere in the gym and the people she met led her into the world of boxing full-time.

“All I know is that it’s not hard for me to love this place and want to stay here forever,” she said.

As if her professional obligations weren’t enough, Poulter and boyfriend Junios Smith are expecting their first child — a girl they’re calling Navy — in January. Poulter and Smith were introduced three years ago by Jonathan Montrell, one of the fighters in Poulter’s stable.

“She knows how to make things work,” said Montrell, who improved his record to 14-1 in a recent game in Massachusetts with Poulter cheering from the front row. “And, more than that, she’s a lovely person.”

In fact, Poulter comes across as a friendly, fresh-faced blonde, despite having six visible tattoos, one of which reads “Femanasty,”

Poulter rarely showed her “nasty” side when dealing with her boxers or other sponsors. She also doesn’t play boring female characters, though.

“You have to be professional about it,” Poulter said.

Poulter is making his mark in the industry.

She proved it at Galatoire’s party in 2018, on a card that aired on ESPN that night at the Lakefront Arena.

What was supposed to be an opportunity for Poulter to solicit the thoughts of the likes of founder Lou DiBella and Churchill Management principal Peter Berg turned out to be the opposite: Instead, they asked Poulter for his thoughts on improving the business side.

“Susie was definitely the star of the night,” Dixon said. “She’s someone with ideas, and they want to hear her ideas.”

One nut Poulter has been unable to crack is successfully hosting local shows.

Boxing is an expensive sport. Even a mid-level show can cost $50,000 when factoring in venue and equipment rentals and the wallets and fees fighters receive, among other things.

This means that 500 people would have to spend an average of $100 each (excluding sponsorships and concessions) to break even for the event. In New Orleans, it’s proving hard to get people to shell out that kind of money.

That’s part of the reason the gym itself is a nonprofit—one of Poulter’s ideas.

“If you’re lucky in this business,” Poulter said, “maybe you don’t have much to lose.”

“That’s why you have to love what you’re doing,” she said. “My philosophy is to do what we can to help fighters not be taken advantage of and not worry about trying to make money.”

As for herself, Poulter plans to reduce the personal training portion of her job after the baby is born. And, both she and Dixon admit, at some point her business acumen will attract the attention of larger promoters.

“The first thing you know about the boxing business is that nothing ever goes according to plan,” Poulter said. “So I can’t tell you with certainty what’s going to happen next.

“I got a few contract opportunities, but nothing that would make me give up working here, especially with a baby on the way. But mostly, I just love taking care of these guys too much.”