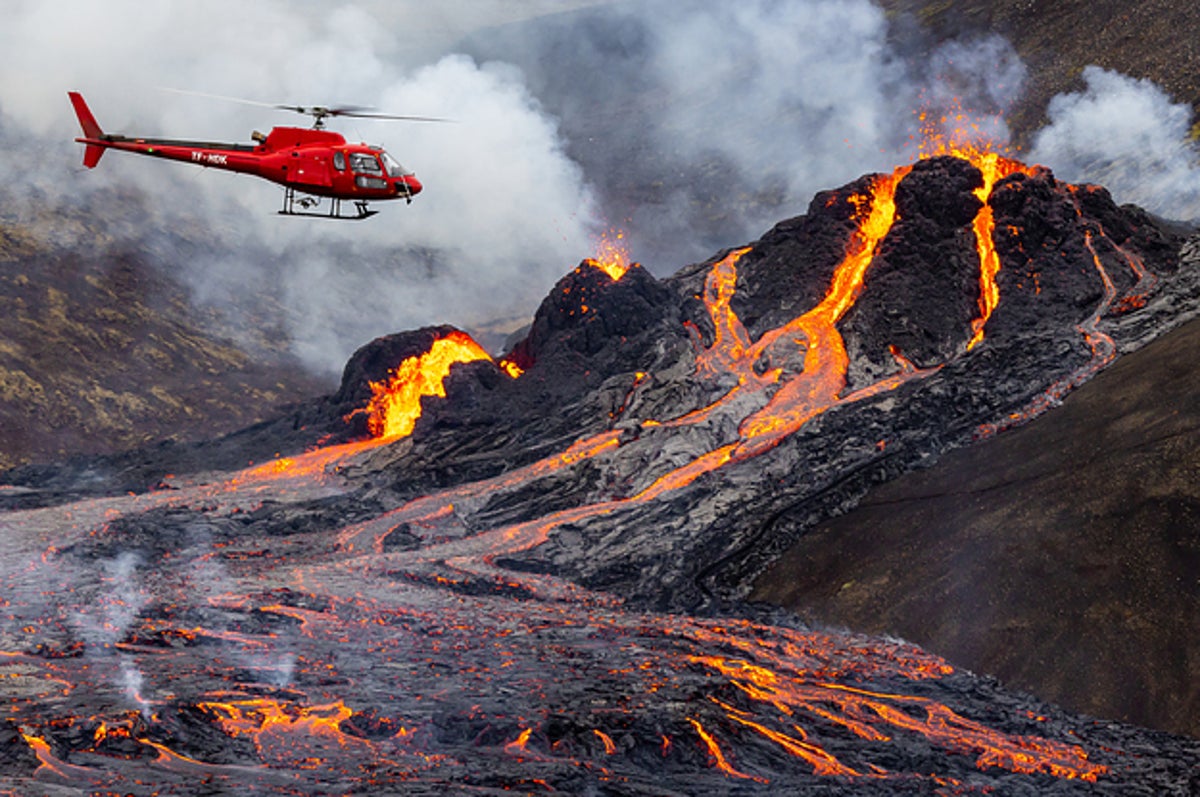 After a series of earthquakes in Iceland, the long-dormant volcano Fagradalsfjall erupted on Friday night. The volcano is located nearly 40 miles from the nearest city and the country’s capital, Reykjavik, and did not threaten any life or damage infrastructure.

“At present, apart from being close to the source of the volcanic eruption, gas pollution is not expected to cause much discomfort to people,” Tweet The Icelandic Meteorological Service this morning. “Gas emissions will be closely monitored.”

When the residents of Iceland saw the lava and ash of the volcano light up the sky, images of the volcanic eruption immediately flooded social media.

The country’s Minister of Justice, Áslaug Arna Sigurbjörnsdóttir, went to the volcano when the eruption began to monitor the situation. Sigurbjörnsdóttir posted photos and Live video From the helicopter, you can see the lava that oozes out of the volcano.

Residents of Reykjavik posted surreal photos of the red glow in the sky, showing Fagradalsfjall erupting.

The eruption also caused a large number of tourists to try to witness the event.

Among them is the Icelandic singer Björk, who stated on Instagram that the volcano where she had filmed a music video was 30 minutes away from her home.

“YESSS!!, eruption!! We Icelanders are so excited!!! We still get it!!! The sense of relief when nature expresses itself!!!” she posted.

The Icelandic Coast Guard has also been closely monitoring the situation. Post Photos, videos and updates from the scene.

On Saturday morning, an employee met a dog participating in a sightseeing activity.

A person posted a video, she said this is the first commercial flight to the site of the volcano eruption. “This is the most amazing thing I have ever experienced in my life. I really cried!!” she said on Instagram.

The flight to Fagradalsfjall seemed to be very busy, and as soon as the sun rose, people were immersed in all the glory of the volcano.

One person posted a beautiful sky photo and said: “What you see here is not the sunset, but the eruption of Fagradalsfjall.”

according to Bureau of Meteorology, “The eruption is small and the volcanic activity has decreased since last night.”

Officials said on Twitter: “The lava fountain is very small and the lava flow is currently a very local hazard.”