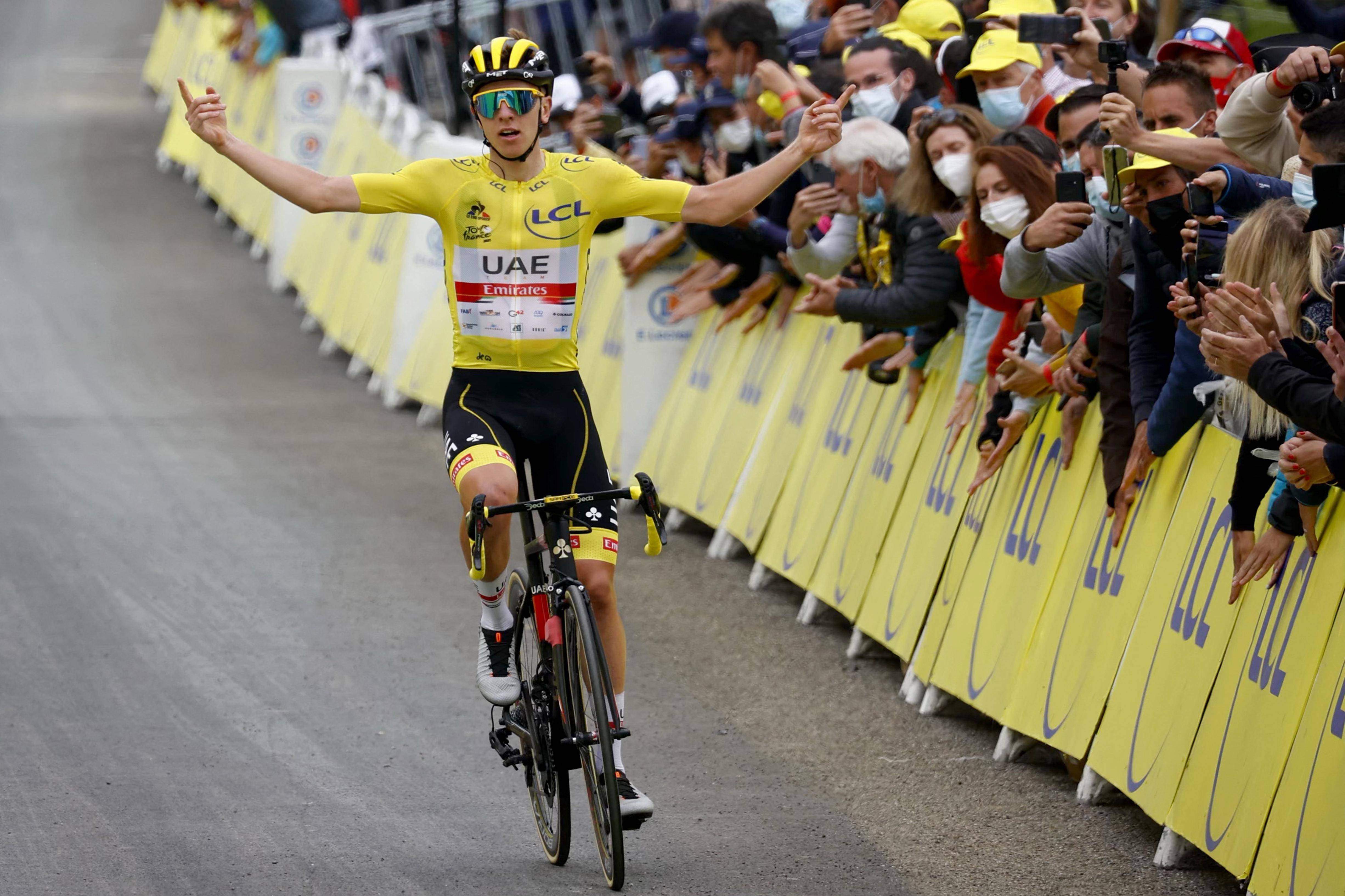 On Thursday, Tadej Pogacar of the UAE team won the last mountain stage of the Tour de France to consolidate his control of the race.

The short hike in the Pyrenees includes the formidable combination of Col du Tourmalet and the last steep climb to the Luz-Ardiden ski resort, two classic events of the tour.

Pogacar’s main opponent did not take advantage of the cruel route. The defending champion emerged from the reduced four drivers in the final mile.

After Enric Mas attacked, Pogacar counterattacked and abandoned Jonas Vingegaard and Richard Carapaz, thus winning the third stage of the year and winning the summit for the second time in a row.

Barring an accident, the 22-year-old UAE Chiefs driver should win the Tour Championship for the second consecutive year at the end of the Paris race on Sunday.

Before the parade to the Champs Elysées on Sunday, there is only one difficult stage left-a time trial through the Bordelais vineyard on Saturday.

Pogacar performed well in a race against time, beating pure experts and winning the first time trial of this year’s tour.

Pogacar leads Vingegaard by 5 minutes and 45 seconds in the general category. Carapaz was in third place, 5 minutes and 51 seconds behind.

“There are still three days, but it looks good,” Pogacar said.

As part of the doping investigation, the news that the Bahrain Victory team was raided by the French police cast a shadow over the stage. The team confirmed that the police searched the driver’s room at the hotel where he was staying in the southwestern city of Pau on Thursday.

In a statement to the Associated Press, the Marseille prosecutor in charge of the case stated that a preliminary investigation against team members began on July 3, “to obtain, transport, possess, and import substances prohibited by athletes. Or method. There is no medical basis.”