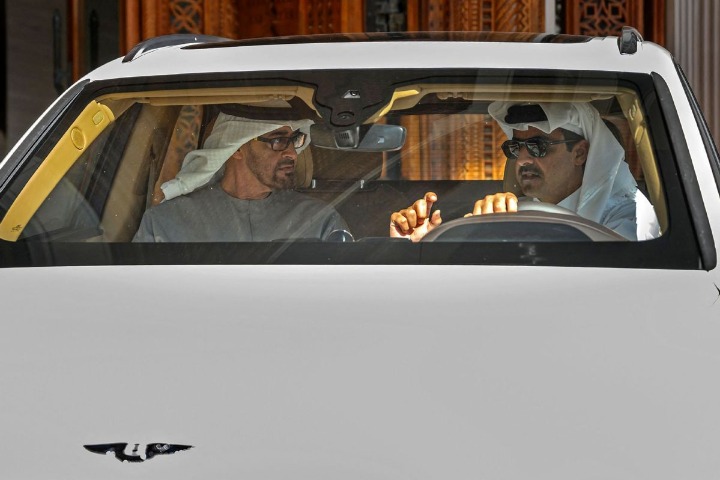 DOHA – The leader of the United Arab Emirates made a surprise visit to Qatar, which hosts the World Cup, on Monday – his first visit since the end of a nearly four-year regional blockade that has stalled relations between the two countries.

Sheikh Mohamed bin Zayed Al Nahyan, who became president of the UAE in May, held talks in Qatar on Monday for the first time since Saudi Arabia and three allies ended their boycott of Doha nearly two years ago Such visits, hailed Doha’s “success” in hosting the World Cup for all Arabs.

“I congratulate my brother Tamim bin Hamad and the people of Qatar for hosting the FIFA World Cup and wish them continued success,” Sheikh Mohamed said in a statement.

Sheikh Tamim said in a statement that the president’s visit “enables us to discuss ways to strengthen the brotherly relationship between the two countries and exchange views on regional and international issues of mutual concern, the most important of which is support for security and stability. method area”.

Anwar Gargash, the UAE president’s diplomatic adviser, tweeted that it was “another step in strengthening unity and joint action in the Gulf”.

In June 2017, Saudi Arabia, the United Arab Emirates, Bahrain and Egypt imposed a diplomatic and economic boycott of Qatar over allegations that Doha supported terrorism. Qatar has denied the allegations and said the boycott was aimed at undermining its sovereignty.

The boycott doesn’t end until January 2021, before the inauguration of U.S. President Joe Biden.

Bahrain and Qatar have yet to hold bilateral talks. Like Manama, Abu Dhabi did not appoint a special envoy to Doha but resumed travel and trade links with Qatar.