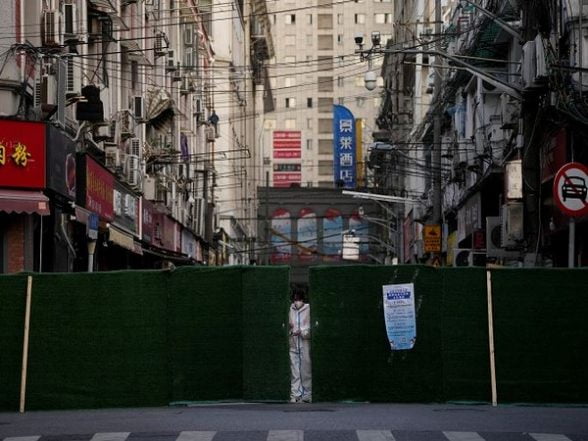 Authorities advised residents not to leave Yiwu unless necessary, and encouraged individuals from other areas not to enter, according to Canadian news portal Crisis 24. Those who need to leave Yiwu must present a green health code and a negative nucleic acid test within 24 hours.

Beyond that, mass testing is underway. Bus service will be suspended until at least August 8. Indoor recreation and fitness venues have also been instructed to remain closed.

Local lockdowns and stay-at-home measures have been implemented in at least 16 medium- and high-risk areas. Authorities will restrict travel to and from affected communities and set up checkpoints in these areas to ensure compliance with movement restrictions.

Officials typically extend measures to a week after the latest date of new confirmed community cases. They may conduct several rounds of testing at those locations before restrictions are eased.

Provincial authorities may impose stricter restrictions if new cases of COVID-19 emerge. Strict control measures, such as stay-at-home orders and closures of non-essential businesses, can be implemented. If new cases emerge, the government may impose gathering, business and travel restrictions in Yiwu, just in case.

Yiwu is located about 95 kilometers (59 miles) south of Hangzhou.

Meanwhile, Wuhan was closed again due to strict measures of the zero outbreak policy, the initial epicenter of the Covid-19 virus, as four new asymptomatic cases were recently reported.

Gauss, director of the Chinese Center for Disease Control and Prevention, is stepping down after five years in office after overseeing an initial investigation into the world’s first coronavirus outbreak.

No one wants to say whether the current strain of coronavirus that is attacking people is highly contagious like Delta, or a mild virus that is not deadly at all, as the recent lockdown has sent shockwaves through Chinese citizens across the country, and now Only recovering from the trauma of months of lockdown. The communist country still refuses to abandon its zero-virus policy.

The Jiangxia district of Wuhan, which was initially closed for three days, was threatened with delays if it continued to report new cases. With everything closed, nearly a million people are confined to their homes.

Offices, entertainment venues, clinics, produce markets, restaurants and falling blinds. All places of worship have been locked and visitor activity has ceased.

All public transportation, from buses to subway services, was suspended, and residents were urged not to leave the area unless absolutely necessary. Four other communities are “designated as medium risk, meaning residents cannot leave their residences”.

Meanwhile, George Gao’s departure from the Centers for Disease Control and Prevention is expected to leave a large gap in controlling the current strain of the virus and planning ahead for future virus attacks.

The centre has also been placed under the direct control of a “single centrally controlled” National Health Commission and within a “nomically streamlined new bureau” in response to calls for reform in the era of the pandemic. (ANI)

(This is an unedited and auto-generated story from the Syndicated News feed, the body of the content may not have been modified or edited by LatestLY staff)