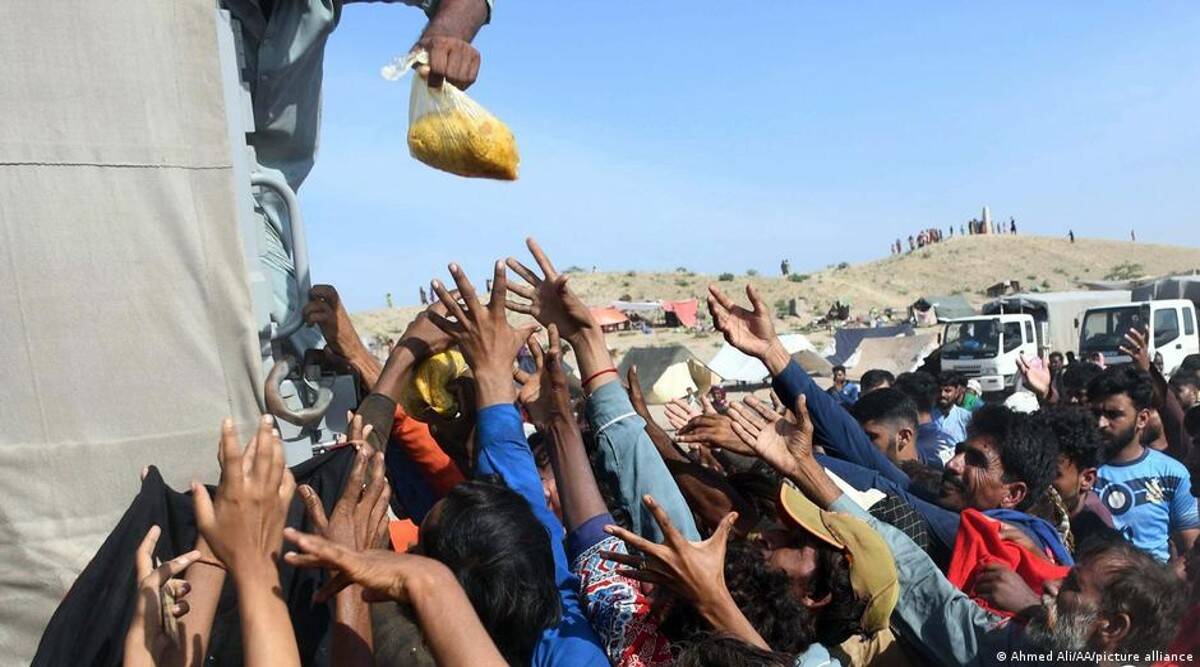 Floods hit dozens of areas Pakistan Balochistan, Sindh and Punjab Large tracts of farmland were destroyed in the provinces. If thousands of acres of farmland are not restored, the country could soon face food shortages.

“We are worried that if the farmland is not drained now, we will not be able to grow winter crops, the most important of which is the wheat crop,” Nazia Bibi, a farmer in the Pishin district of Balochistan, told DW.

There are fears that Pakistanis will not be able to find basic staples in the market. To meet the challenge, government Tomatoes and onions are being imported from neighboring Afghanistan and Iran.

“My existing vegetable stock is the only one I have for the past few days. I am waiting for the imported onions and tomatoes to arrive at the warehouse so we can sell them,” said a vegetable vendor in Islamabad sitting in a cart of mostly rotting The onion told DW.

Pakistan’s National Disaster Management Agency (NDMA) is leading the relief effort in coordination with the United Nations and other international organizations.

According to a September situation report, the WFP added that it was targeting food assistance to the 1.9 million people facing food insecurity in flood-affected areas.

“The situation in the village is so severe that people are taking ration packs from each other during distribution. It’s heartbreaking to see this,” social activist Abid Mir, a professor at a university in Sindh province, told DW.

Mohammad Yunas, an official with the Balochistan Disaster Management Agency, told DW that foreign aid is being distributed to people through the NDMA.

“NDMA provides assistance to provincial disaster management departments, which are then passed on to district management and other administrative units.”

“International NGOs have their own local partners who provide assistance to them. They have their own mechanisms and methods to assess damage and the needs of victims. However, they must obtain permission from the government to work in specific areas,” Yunas added.

Although the Pakistani government plans to provide cash payments to more than 4.5 million flood-affected households through the Benazir Income Support Scheme (BISP), Islamabad has been criticized for not being prepared for the monsoon season.

Saqlain Abbas, a farmer in Rajanpur district of Punjab state, told DW that not enough measures were taken to protect land and houses during the monsoon season.

“My family has been relying on rice and wheat to feed themselves for years, and now all our crops are under water,” he said.

However, the emperor of Bengal, a prominent economist, told DW that it will not be easy for the Pakistani government to get a lot of aid.

“One, there is donor fatigue. Two, Pakistan Cuts to non-development spending, including non-combat defense budgets, rationing gasoline and bans on non-essential imports, are needed to raise more funds for flood recovery,” he said.

As the monsoon floods approach, Pakistan is facing an ongoing economic crisis, with high inflation Makes staples more expensive. Pakistan is also a major exporter of agricultural products, and floods could cut into its vital source of income.

For example, Pakistan is the fourth largest rice exporter in the world.

Pakistan exported a record $2.5 billion (2.5 billion euros) of rice in the 2021-22 fiscal year, according to the Office of National Statistics.

This resulted in an estimated loss of 1.9 million tonnes of rice, equivalent to 80% of the province’s estimated total rice production loss.

Combined with an 88 percent loss in sugarcane and a 61 percent loss in cotton, the total economic impact in Sindh alone is worth $1.3 billion, the report said. It added that three major vegetable crops – tomatoes, onions and peppers – faced losses of US$374 million in several districts of Sindh.