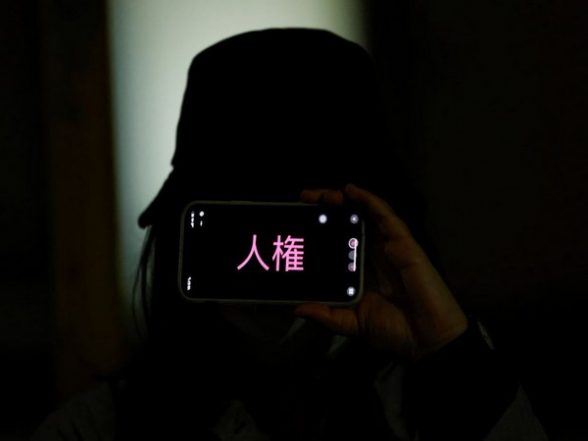 Taipei [Taiwan]Nov. 28 (ANI): Chinese censors are scrambling to erase references to protest codenames and demonstration hotspots such as Xinjiang.

According to Al Jazeera, Chinese internet users and government censors are engaged in a cat-and-mouse game to control the narrative surrounding the country’s anti-‘zero COVID’ protests.

By Monday, Chinese social media appeared to have cleared searches for protest hotspots like “Xinjiang” and “Beijing,” while posts with indirect phrases like “I saw it” — referring to Internet users seeing the recently deleted Posts – also removed for censorship.

“As the rift between lies and truth grows wider, even what cannot be said or seen becomes deeply symbolic,” David Bandurski, co-director of the China Media Project, told Al Jazeera.

“It can go right through the epidermis. That’s what we’ve seen in the past few days. The words ‘I saw it’ signal the void in the protest video that has been deleted, which can be powerful. Or students in the Protests on campus can hold up a blank slate, and they’re powerful.”

Many of the posts documenting the protests have jumped over China’s Great Firewall with the help of virtual private networks (VPNs) and are being shared on popular Western platforms such as Twitter and Instagram, which are officially banned in China.

“Beijing appears to be using the same tactic of censoring Chinese social media based on keywords — however, the amount of information that has made it past the Great Firewall is definitely notable,” said Stevie Zhang, deputy editor-in-chief of First Draft News -profit dedicated to cracking down on Misinformation online, told Al Jazeera.

Internet users took screenshots of posts before they were deleted and shared them with each other or posted them on Western social media as a way to evade censorship, Zhang said. In some cases, posts have come full circle back to China via Twitter screenshots.

Zhang said other users have begun using seemingly unrelated and uncensored phrases to express their feelings, using “repetition of ‘good’, ‘well done’ or ‘win’ as a sarcastic or passive-aggressive way to emphasize The Chinese cannot express any form of criticism.”

Using euphemisms is a common tactic used by Chinese netizens to evade government censorship, often using abbreviations and homophones in place of forbidden words. According to Al Jazeera, during China’s “Me Too” movement in 2018, many internet users posted under the hashtag “Mitu” – saying it loudly in Mandarin that sounds like “me too” – after the original hashtag was banned .

This time, Chinese censors have also taken note of the amount of information circulating on Western platforms such as Twitter.

The protests began on Friday in Urumqi, the capital of the western region of Xinjiang, after 10 people were killed in an apartment building fire before spreading to major cities including Beijing, Shanghai, Nanjing, Wuhan and Chengdu over the weekend.

Meanwhile, western China’s Xinjiang region on Monday eased some COVID-19 restrictions in its capital, Urumqi, after a deadly fire in the city amid virus containment sparked protests across the country.

Residents of the city of four million, some of whom have been confined to their homes for weeks, will be able to travel by bus starting Tuesday, officials said at a news conference on Monday, Arab News reported. work in their home district.

Protests in Urumqi erupted after videos posted on social media showed fire trucks spraying water from too far away to reach apartment buildings, with internet users claiming authorities were unable to come close to quarantine due to pandemic roadblocks and abandoned cars.

Videos and photos of the protests quickly circulated on Chinese social media platforms such as WeChat and Weibo, gaining tens of thousands of views before being deleted by government censors, Al Jazeera reported.

Acts of defiance shared online included scenes of people tearing down barricades, calling for the resignation of Chinese President Xi Jinping and holding up blank paper as a symbol of protest.

The COVID protests in China come as the country grapples with its highest number of cases to date, prompting a new wave of lockdowns and restrictions on freedom of movement in major cities including Beijing, Shanghai, Chongqing and Guangzhou. Health authorities reported 40,347 new infections on Sunday, the fifth straight single-day record.

Residents of Urumqi have been living under severe restrictions since Aug. 10, in what is believed to be China’s longest ongoing lockdown.

China is the last country in the world to adhere to a “zero COVID” policy aimed at containing the virus outbreak at all costs. The strategy, which relies on lockdowns, border controls and mass testing, has kept the number of cases and deaths low compared with elsewhere, but has imposed severe economic and social costs. (Arnie)