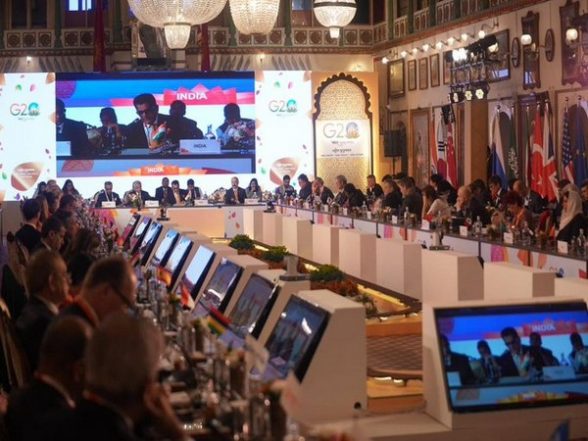 In a press release, the Ministry of Foreign Affairs said that in addition to the first two meetings, a dialogue on “Global and Regional Economy: Prospects and Challenges” and an informal “Chai pe Charcha” among G20 members were held. International Sherpas, their delegations and heads of invited international organizations have traveled to Udaipur for the first Sherpa meeting in Udaipur under the Indian G20 presidency.

India’s G20 coordinator, Amitabh Kant, initiated negotiations for the first coordinator meeting. The meeting was launched by outlining India’s G20 priorities among the 13 working groups. Amitabh Kant informed the government in a press release on Monday, stressing that India, as the “de facto voice of the global south”, has the responsibility to forge win-win cooperation between developed and developing countries.

Outlining the main economic challenges facing the world, Ajay Seth, director general of the Department of Economic Affairs at the Ministry of Finance, stressed the need to “improve the collective response capacity of the G20 countries”.

Read also | A “time traveler” on TikTok claims humans will make contact with aliens in 2023, and makes other chilling predictions about new universes and a war between Russia and Ukraine.

This was followed by the first session on “technological transformation,” which included participation in working groups on the digital economy, health and education, according to a foreign ministry press release. In the first session, delegates discussed the challenges of accelerating digitization in different sectors in their countries.

The second session was followed by a dialogue on “Global and regional economies: prospects and challenges”. IMF Representative in India Luis Breuer and Deputy Director of the IMF’s Strategy and Policy Department Kristina Kostial called attention to pressing global economic challenges. The conversation outlined the world’s main ideas for addressing “major problems and increasing resilience to economic vagaries.”

Also, in the evening, a discussion on afternoon tea “Chai pe Charcha” was held to strengthen human relations and promote ties between G20 countries. G20 Sherpas were given traditional Indian jackets, turbans and shawls to further enrich their cultural experience in Rajasthan. The second day of the Indian Sherpa Conference concluded with Ratri Bhoj par Samvaad (dinner conversation) in Jagmandir, Udaipur.

Notably, the first day of the conference saw a variety of activities, interactions and events, including informal media interactions, a side event on “Sustainable Development Goals: Changing lives at the midpoint of the 2030 Agenda”, Jal Sanjhi Art exhibitions, delegate networking events, a desert music symphony and various cultural performances. (Arnie)