HomeWorld NewsWorld News | India should strive for a win-win situation for all:...
World News

World News | India should strive for a win-win situation for all: Rajnath Singh on Indo-Pacific dialogue 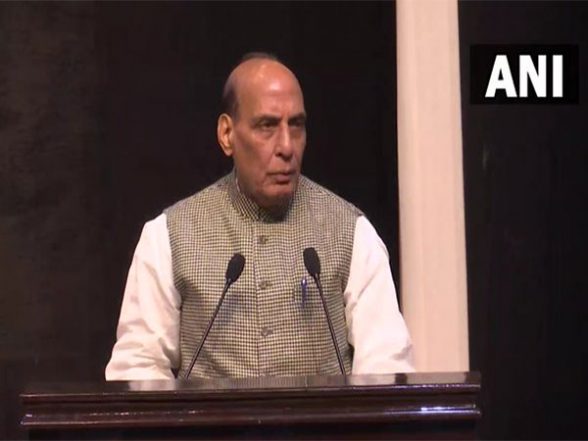 New Delhi [India]Nov 25 (ANI): Defense Minister Rajnath Singh on Friday backed the idea of ​​multi-party alliances and “win-win”, highlighted the importance of the Indo-Pacific region and said the country intends to constructive actively participate in the shared prosperity and security of the region.

In his keynote speech at the Indo-Pacific Dialogue 2022 in New Delhi, Singh said the Indo-Pacific remains important to the economic development of the region and the wider international community.

Read also | Mass shootings: As gun violence continues, US President Joe Biden has renewed his call for a ban on the use of assault weapons.

Referring to Prime Minister Narendra Modi’s recent visit to the G20, he said, “Our Prime Minister Modi’s firm message that the era of war is over, world leaders who recently gathered in Bali for the G-20 summit They all agreed with this, and the G20 communiqué mentioned that “now is not the time for war.”

Backing the approach of multilateral alliances, the defense minister argued that a strong and prosperous India would not be built at the expense of other countries, but rather India was there to help other countries realize their full potential.

In addition, India has also been supportive of the idea of ​​multi-party alliances, the defense minister said. “We believe in multi-stakeholder policy, achieved through diverse engagement with multiple stakeholders, so that all views and concerns can be discussed and addressed to create a prosperous future for all.”

Referring to India’s history of multi-alignment, Singh said the country embraces a multi-alignment policy, which is achieved through diverse engagement with multiple stakeholders so that all views and concerns can be addressed.

Citing the Indo-Pacific Initiative launched at the East Asia Summit in Bangkok, the defense minister noted that India has been working hard with its partners to engage constructively in the region.

“We have also launched the ASEAN-India Marine Plastic Pollution Response Initiative to improve the marine ecosystem,” he said.

The minister further noted that the government has come up with an initiative on ASEAN-India women’s participation in UN peacekeeping operations, which will contribute to effective conflict resolution and lasting peace through a more humane approach. (Arnie)