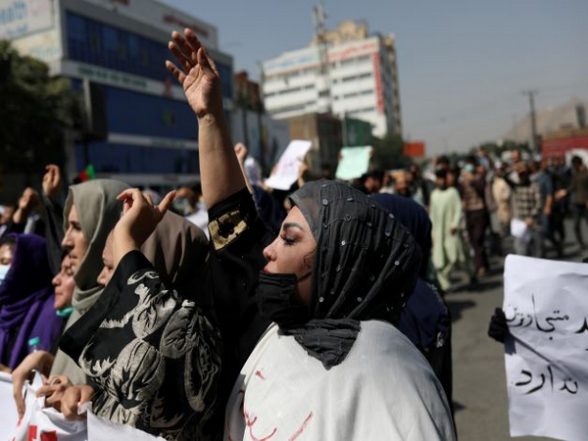 kabul [Afghanistan]Nov. 25 (ANI): The United Nations mission in Afghanistan has called on the Taliban to take immediate steps to end violence against women and the wider deterioration of women’s rights as an essential part of efforts to build meaningful and sustainable peace.

The call comes as the world commemorates the International Day for the Elimination of Violence against Women and the global 16 Days of Action against Gender-Based Violence.

Read also | Mass shootings: As gun violence continues, US President Joe Biden has renewed his call for a ban on the use of assault weapons.

Since the summer of 2021, many of the most basic rights of women in Afghanistan have been restricted or withdrawn in a country with one of the highest rates of violence against women in the world.

“The fundamental rights of women in Afghanistan need to be protected and concrete steps need to be taken to create an enabling environment free from all forms of violence,” said Roza Otunbayeva, Special Representative of the Secretary-General for Afghanistan. “Protecting women’s rights is a key element of stability, prosperity and any lasting peace in Afghanistan,” said Otunbayeva, who also heads the United Nations Assistance Mission in Afghanistan (UNAMA).

According to the UNAMA statement, the situation has been exacerbated by a severe humanitarian and economic crisis and restrictions on women’s basic rights, including freedom of movement, work, education and participation in public life.

These factors combine to reinforce traditional social norms that condone violence as a form of discipline and control, creating an environment that normalizes violence against women and girls, the UN delegation added.

The absence of laws and policies that protect and promote gender equality and women’s rights, and the introduction of statutes and decrees that contribute to the systematic removal of women from public and political life, undermine the fundamental social norms that perpetuate inequality. grow.

“Every day, we continue to see the normalization of violence against women and girls, in their homes, wherever they are allowed to work, online and in public,” said Alison Davidian, UN Women Representative in Afghanistan. place.” “We know that globally, creating an environment that frees women and girls from violence is impossible without specific interventions to empower women, including supporting their voice, agency and participation in impact initiatives that make decisions about their lives. We need to renew our efforts to invest in the protection and empowerment of Afghan women and girls.”

16 Days of Action against Gender-Based Violence is an annual international campaign that begins on 25 November and ends on 10 December, International Human Rights Day. It calls for global action to raise awareness, strengthen advocacy efforts and share knowledge and innovations to end gender-based violence everywhere. (Arnie)