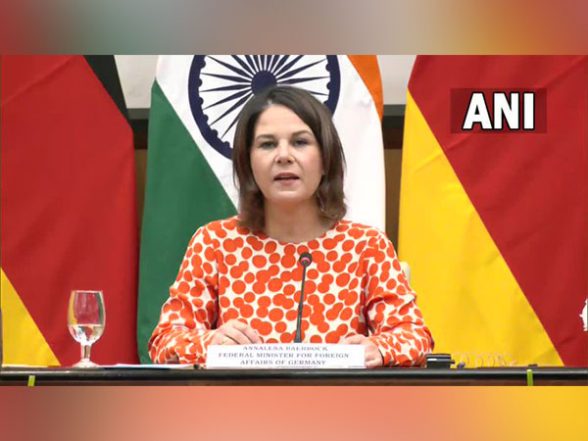 New Delhi [India]Dec 5 (ANI): Given India’s G20 presidency at a difficult time, the ongoing war in Ukraine is putting the whole world in trouble, including India’s energy supply problem.

“India bears global responsibility in this difficult time. Responsible for the most urgent tasks of our time. We are affected globally by Russia’s brutal war of aggression against Ukraine,” German foreign ministers told a joint meeting in the nation’s capital. Press conference with Foreign Affairs Minister S Jaishanakar.

Read also | Om Madan Garg, a 6-year-old boy of Indian descent, is the youngest Singaporean to trek to Everest Base Camp in Nepal.

“…an illegal war that has engulfed the whole world has also created difficulties for your country in terms of energy supply and fertilizer,” she added.

“I would like to thank you for your G20 presidency. You made it clear in our discussions that this is a very special mandate. India has a global responsibility at this difficult time,” Belbook said.

“I am delighted that India’s G20 presidency under the motto ‘One Planet, One Family, One Future’ has given particular attention to curbing the climate crisis. Thereby emphasizing our shared responsibility on climate change,” she added.

Jaishankar today welcomed the German foreign minister, who is starting a two-day visit to India.

She made the remarks ahead of her trip to New Delhi.

“In the final month of Germany’s G7 presidency, I will be visiting India a few days after India takes over the G20 presidency. My talks will therefore also focus on the most pressing tasks of our time – curbing the climate crisis and safeguarding our foundations. rules of the international order.

“At the G20 summit in Bali (Indonesia), India showed that it is ready to play a global role,” Germany’s foreign minister said in her departure statement. (Arnie)