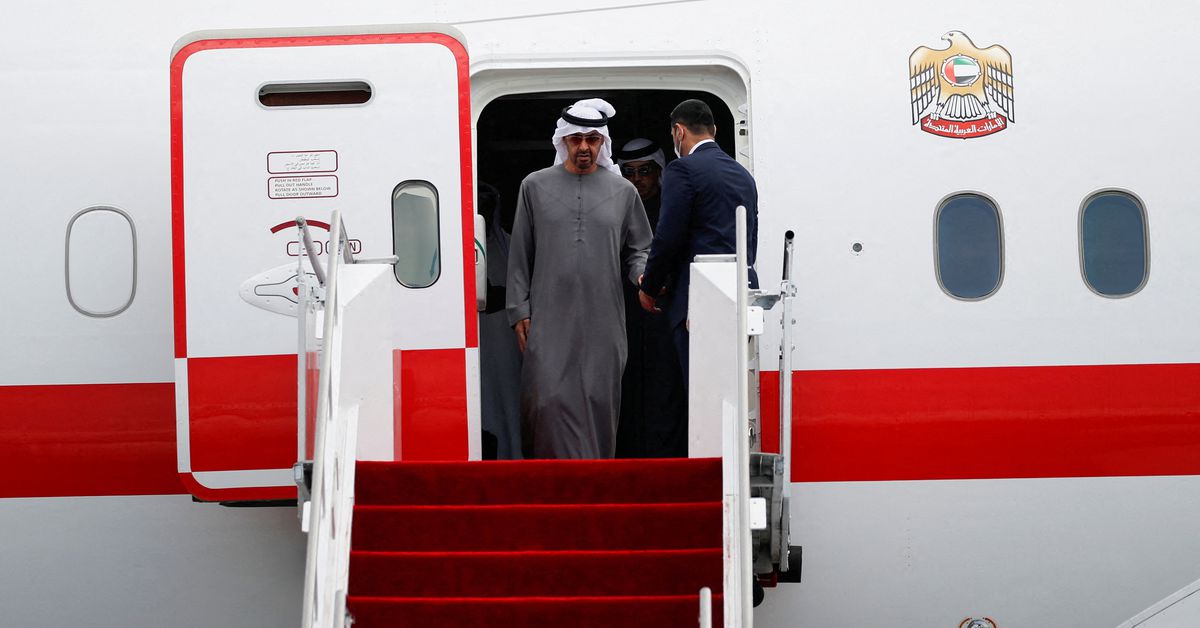 DOHA, Dec 5 (Reuters) – The president of the United Arab Emirates (UAE) held talks in Qatar on Monday, the first such visit since Saudi Arabia and three allies ended a boycott of Doha nearly two years ago, Hailed Doha for hosting the World Cup as a “success” for all Arabs.

Sheikh Mohammed bin Zayed al-Nahyan, who served as de facto ruler of the UAE for years before becoming president in May, met with the emir before returning to Abu Dhabi Sheikh Tamim bin Hamad al-Thani, before meeting the Israeli president in Abu Dhabi.

Anwar Gargash, the UAE president’s diplomatic adviser, tweeted that it was “another step in strengthening unity and joint action in the Gulf”.

Saudi Arabia, the UAE, Bahrain and Egypt ended their 3-1/2-year embargo on Qatar early last year, but relations between Doha and Abu Dhabi have not warmed up as much as with Riyadh and Cairo, which have re-established diplomatic relations with Doha.

Saudi Arabia’s crown prince and Egypt’s president attend World Cup opening ceremony ceremony In Doha on November 20, the UAE sent the ruler of Dubai, who is also the vice president of the Gulf state.

Sheikh Mohammed said Doha’s hosting of the event in the Middle East for the first time was “a success and an honor for all the Gulf states and the wider Arab world,” according to UAE state media.

The political dispute over Riyadh and its allies cutting all ties with Qatar — for its backing of Islamist groups they see as a threat to Gulf dynastic rule, and its ties to rivals Iran and Turkey — has shattered the Gulf group of six.

Saudi Arabia and the UAE have since reached out to Shiite Muslim Iran to contain tensions and repair relations with Turkey as they focus on economic development.

Bahrain and Qatar have yet to hold bilateral talks. Like Manama, Abu Dhabi did not appoint a special envoy to Doha but resumed travel and trade links with Qatar.

This has allowed the UAE to benefit from an influx of football fans, with daily shuttle flights to and from surrounding cities for the World Cup under Doha’s partnership.

Sheikh Mohammed to meet Israeli President Isaac Herzog in Abu Dhabi on Monday visit Bahrain and the UAE established relations with Israel in 2020.